A Giant Step towards Heaven and Towards Hell 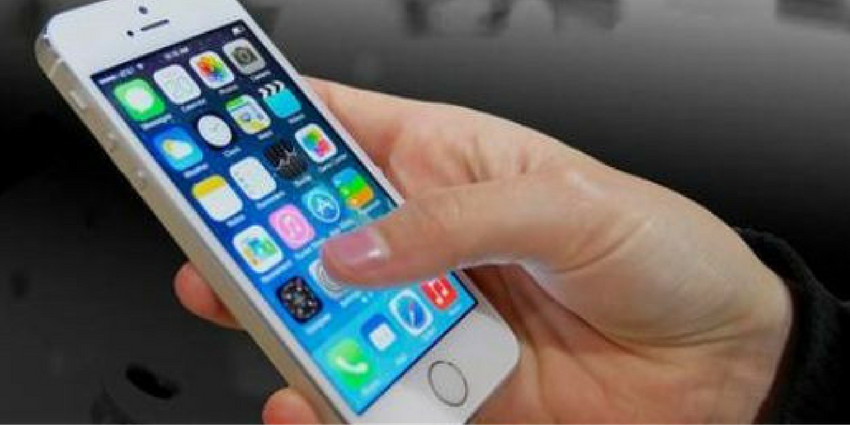 Smartphones are terrific inventions! Aren’t they? It isn’t very difficult to come up with ten dangers and disadvantages of modern media. By contrast, the advantages of these electronic devices often remain out of the picture. This is too bad, because it frustrates young people and stands in the way of a well-balanced conversation about new media. This article is not meant to gloss over the objections against the smartphone or the dangers of social media. On the contrary, these objections will be discussed in detail in the two following articles in this series. However, in order to find a good balance, it’s worthwhile to stay aware of the positive possibilities as well.

This article first appeared in the Kerkblad of the Hersteld Hervormde Kerk (Church news of the Reformed Church in The Netherlands). The author, Dr. ir S.M. de Bruin, has given us gracious permission to translate the article for our use.

A Giant Step toward Heaven and toward Hell

Smartphones are terrific inventions! Aren’t they? It isn’t very difficult to come up with ten dangers and disadvantages of modern media. By contrast, the advantages of these electronic devices often remain out of the picture. This is too bad, because it frustrates young people and stands in the way of a well-balanced conversation about new media.

A giant step towards hell. There are many examples of this: a little boy in elementary school who games for 4.5 hours every day; a sex film that circulates through Grade 6; bullying a Grade 5 girl by excluding her from the class’s WhatsApp group; a divorce because an “old flame” broke up a marriage via Facebook; the image culture that slays its thousands. Just ask a few parents on the school grounds and you will hear one lamentation after another.

Then what about that step toward heaven? A leap, even? A giant step? That is more difficult to find. Is that because we hardly realize any longer what the world looked like half a century ago? Let us first mention a few advantages of modern technology.

1. Speed
The first postal connections straight through Europe came into existence around 1490. It took five and a half days for a letter from Innsbruck, in Austria, to arrive in Antwerp, Belgium. That was true in the summer, but in the winter it took a day longer, since the courier could only travel by day. Every 35 kilometers, another courier and a fresh horse stood ready to take over the mailbag.

Today, this slow pace would be unimaginable. The great breakthrough in connection with speed was (after the fax) the arrival of e-mail. Today, electronic letters arrive at their place of destination literally within seconds, at basically no cost. This has been an enormous breakthrough. Hand-written letters and postcards are seldom sent anymore.

In the meantime, the younger generation considers e-mailing to be out of date: you only use email to contact your teacher or the government. You exchange messages via WhatsApp or Facebook and if you really have to forward a document, then you do that with a Dropbox or OneDrive link.

What can we learn from this? Parents might wonder about the usefulness of all those messages via WhatsApp, Facebook, or Snapchat. It might help to compare your current use of e-mail to the former use of letters. Or, if you don’t e-mail, then compare your letter to that of the courier in 1490. To put it briefly: in the past, it was different, but not everything was better.

2. Multimedia
That letter from 1490, as well as the first Dutch newspaper in 1618, probably only consisted of words. Today, communication more often consists of images. Instead of telling someone at home that you ate a delicious meal at a restaurant, you post a picture of your meal. Baby’s first steps and Grandma’s birthday: WhatsApp is perfect for both.

But the current manner of communication is popular for more than just family news or geography homework. WhatsApp is increasingly used for business, especially when asking for advice. A
carpenter posts a picture to a group and asks his colleagues for advice. When your washing machine is broken, you contact the appliance dealer via WhatsApp and send pictures of the error message. Last year, NRC [a Dutch media company] reported that doctors often consult each other on WhatsApp and exchange pictures to ask each other for advice. This has even saved lives in emergency situations.

Social media also have a valuable place in business communications. In the U. S., some businesses barely invest in websites anymore, but use Facebook to present themselves to their customers.
Customers who use the Facebook page of KLM [the Dutch airline] say that they are assisted faster there than via the telephone. The NS [the Dutch national passenger railway operator] is known for its friendly customer service via Twitter. On YouTube, the most popular category, apart from the videos, music, and games section, is the “how-to” section. This section is full of instructions for doing anything from repairing a tire to applying nail polish to preparing artichokes to repairing false teeth.

It says a lot that both information and communication are now especially shared via social media. Discussions about the social media usage of younger people often include the accusation that all those conversations “aren’t about anything”, but that verdict is too short sighted. Of course, many discussions on WhatsApp are without substance. However, numerous messages have more
substance than most correspondence or telephone conversations.

3. App Economy
Thus, the aim of social media is not just “having fun”. If the Netherlands had to go without electricity or telephone for 24 hours, the damage would be enormous – everyone realizes that. But the same goes for having to go without Internet, Facebook, or WhatsApp.

A third important development is that of the App-economy. Just as the steam machine, the railway, and the road networks have stimulated economic growth, the smartphone is now an “infrastructure” with revenue in the millions. In 2016, the App-economy itself was already worth 143 billion dollars, five times as much as Philips’s international turnover. And then consider that Philips has to sell thousands of deep-fryers, toothbrushes, LED lights, and ultrasound equipment, whereas, with an app, you don’t even need to use a screwdriver. Add to that the followers of these apps and the influence they have on the “regular” economy. That isn’t easy to express in dollars, but think about the influence of web shops on shopping centres, or of the Uber-app on the taxi world.

Giant Step
Thus, the fruits of the digital revolution are very diverse. The same WhatsApp that causes a divorce one day saves lives the next day. That is what Da Costa meant by a step toward heaven and toward hell. He wrote that “the art of printing produced novels which jeer at God’s ordinances, dethrone kings, pollute marriage, and kindle flames of revolution.”

But Da Costa also saw God’s finger in it, because “from then on, the Scriptures, the first thing printed, went to the corners of the earth ten-thousand fold.” That was the giant step toward heaven. When someone takes stock of the art of printing centuries later, one may reflect on this with amazement. By God’s grace, that invention, together with that of mail distribution, has contributed much to the Reformation!

But, at the same time, we see that the “section” for Bibles and good books in a Bruna-store [a Dutch bookstore] is nothing in size compared to the shelves full of junk. That is also what it looks like in the app-stores of Apple and Google, where Bunyan is rivalled by the Bouquet series and Martin Luther is rivalled by Minecraft. Someone who steps into this type of digital store can really imagine being at Vanity Fair.

For that matter, Da Costa did not limit that giant step toward heaven to the printing of Bibles, but he also included the “multiplication of light, science, word, will, and power.” This kind of list could easily be applied to the smartphone and its digital products. It doesn’t only count for that in-depth WhatsApp conversation between Grandma and her granddaughter or for listening to the church telephone, but it also counts for the Skype conversation with the children in Canada or the YouTube film of the mission in Powakka.

This article is not meant to gloss over the objections against the smartphone or the dangers of social media. On the contrary, these objections will be discussed in detail in the two following articles in this series. However, in order to find a good balance, it’s worthwhile to stay aware of the positive possibilities as well.