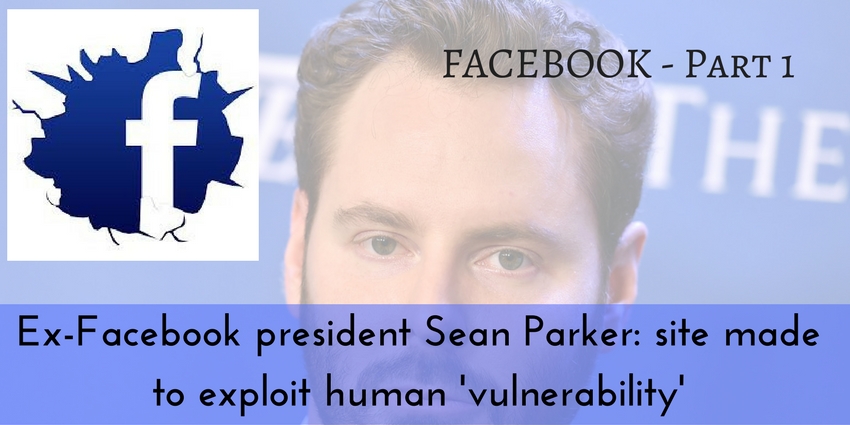 Sean Parker, the founding president of Facebook, gives an insider’s look at how social networks purposely hook and potentially hurt our brains.

“The thought process that went into building these applications… was all about: ‘How do we consume as much of your time and conscious attention as possible?”

He admitted that the social media platform was designed to hook users with spurts of dopamine, a complicated neurotransmitter released when the brain expects a reward or accrues fresh knowledge. “You’re exploiting a vulnerability in human psychology,” he said. “[The inventors] understood this, consciously, and we did it anyway.”

Parker himself says he has become a “conscientious objector” to Facebook. If that is what a “worldly-minded business executive” has decided is best for him, what should we then be looking to for guidance when considering our own social media use?

The Other Pandemic has Exploded
April 17, 2020
Recent Posts
Archives
Newsletter
Go to Top