Facebook – You Don’t Realize It, But You Are Being Programmed 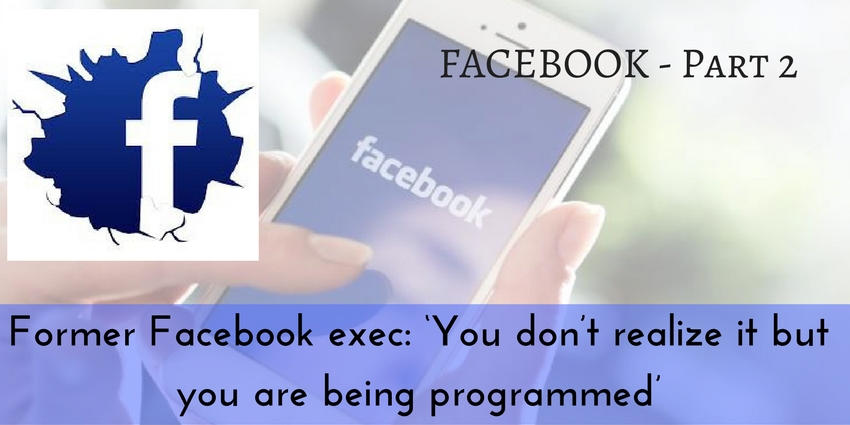 Another former executive at Facebook expressed similar thoughts. “I feel tremendous guilt,” said Chamath Palihapitiya, former vice-president of user growth at Facebook, in a public talk in November. “I think we all knew in the back of our minds…something bad could happen.

The short-term, dopamine-driven feedback loops that we have created are destroying how society works,” he went on gravely, before a hushed audience at Stanford business school. “It is eroding the core foundations of how people behave.”

Mr. Palihapitaya actually went on to say that although he could no longer control how things at Facebook are playing out, he can control his own decisions and he can control his kids’ decisions, which is not to use Facebook. Once again, this story gives much food for thought, also considering our own Facebook use.

It’s Awkward, and It’s OK: You CAN Talk to Your Kids About Pornography
March 26, 2019
Recent Posts
Archives
Newsletter
Go to Top