Media usage along the way 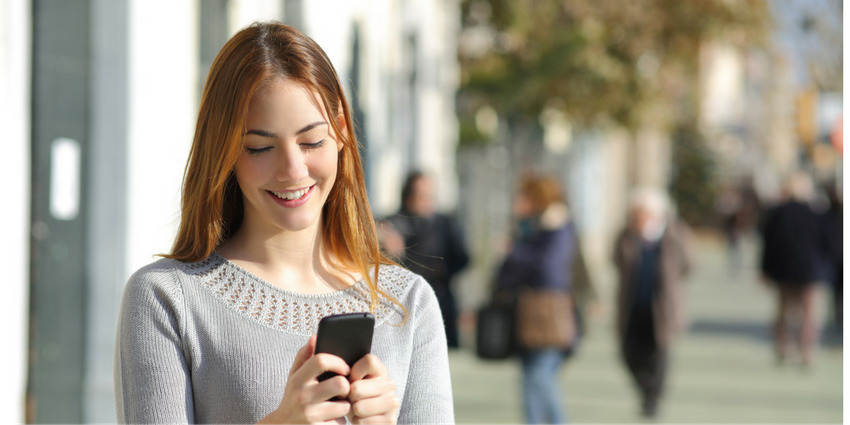 Why is there no such thing as a “manual for media education”? In one of his books on raising children, Professor ter Horst, an instructor from Leiden, writes that he was once invited to speak for a Christian women’s group. Prior to the conference, he and the ladies were served a sizable portion of homemade apple pie. “Then, I heard a sugar-sweet woman’s voice behind me, asking: ‘So, Mrs. Jansen, have you succeeded in giving your children a Christian upbringing?’ When I turned around, I saw Mrs. Jansen, a somewhat older woman, sadly shaking her head, and the woman who had asked the question smiling triumphantly.”

Ter Horst didn’t enjoy the rest of his apple pie and he thought up a new topic on the spot, bearing the title: “Raising children is not like baking apple pie.” The recipe will never be as simple as: “put in A, do B, and then C will follow.” A child is not a product of our upbringing, and we cannot make it, but we can break it.

For that reason no cookbook exists for media education. Of course, all kinds of tips and advice abound, but these are only stopgaps if the basis of media education is lacking. What is this basis then? It is closely connected to the aim of the upbringing. In “De geestelijke kwekerij” (The Spiritual Nursery), a book on raising children, published in 1621 by school teacher Johannes de Swaef, he writes: “The main duty of parents is to bring up their children to a godly life.” In the New Media lectureship at Driestar Educatief [Christian secondary school in the Netherlands], we have worked this out to four aims for the upbringing of children. I would like to describe two of them below.

People regularly sigh that they would prefer to flee to a forsaken island without Wifi, 4G, or computers. Centuries ago, hermits and monks also had a similar urge. Pillar saints spent years on top of pillars several meters from the ground where they secluded themselves to escape the temptations of the world.

The Amish are also much admired today, as are people who withdraw into cloisters. Wilhelmus à Brakel isn’t very positive about life in isolation and speaks of monasteries as being “manure sheds, dens of murder, and unclean Sodoms. (…) We abhor this lifestyle.” Man is a social being and needs company. He has to let his light shine before people and use his talents for the welfare of others. À Brakel’s continues that people must give each other a good example and must sharpen each other [Prov. 27:17]. He writes that by secluding ourselves from others, we are more likely to become beasts or devils than angels. “Continued solitude prevents us from learning to know our corrupt hearts, humbling ourselves on account of them, and attempting to sanctify them.” This also agrees with the following petition found in the High priestly prayer: “I pray not that Thou shouldest take them out of the world, but that Thou shouldest keep them from the evil” (John 17:15).

If you were to extend this line of thought to media usage, then again, the deportment of a hermit would be seen as not fitting for a Christian. Christians have a divine calling. After creation, they were commanded to work and therein they may serve others and society (Gal. 6:10). But, another extreme threatens here, in the case of Christians who are so comfortable in the world that they become too attached to it. One can immediately see from their behaviour that they have taken root here, as if this is their final destination. While the hermit underestimates the enemy within, this type of inhabitant hardly notices the snares which the world lays for him.

In the Media Attitude Model, we propose two different lifestyles that lie between these extremes and keep each other well-balanced: that of pilgrim and citizen. Pilgrims realize that they are traveling to eternity. Pilgrims are not tourists or globetrotters, nor are they wandering nomads, but they are on the way to a better Fatherland. During that journey they are, as Augustine already described, the citizens of two kingdoms: the earthly city and the heavenly city. They faithfully do their work because God calls on them to do so, but it also must be done in the spirit of the pilgrimage. They will never feel completely at home here.

Everyone will understand that this standard is very high. This demands a radical change in direction, because nobody is born a pilgrim. We cannot better illustrate how to become pilgrims than John Bunyan did in his beautiful book, in which Christian leaves the City of Destruction. After almost having sunk away in the Slough of Despond and brought along the wrong path towards the house of Mr. Legality, Christian is finally permitted to go through the straight gate. This also applies to media education: this doesn’t begin with some pruning here and there, but with the change that Paul describes in Ephesians 2: from “dead in trespasses and sins” to “quickened together with Christ”.

Is this a suitable answer for a mother in tears? Of course, it is her daily prayer that all her children will be converted, but in the meantime, she must see with regret how they are addicted to the smartphone. In spite of this, may she, as De Swaef wrote, persist to wean her children from evil and plant that which is good in them, thereby teaching them the fear of the Lord (Ps. 34:11). Then, she, just as Christiana, may take her children along through that narrow gate. This lifestyle of pilgrim and citizen teaches us much about handling the media.

In the next article, we will inspect the pilgrim’s baggage more closely.