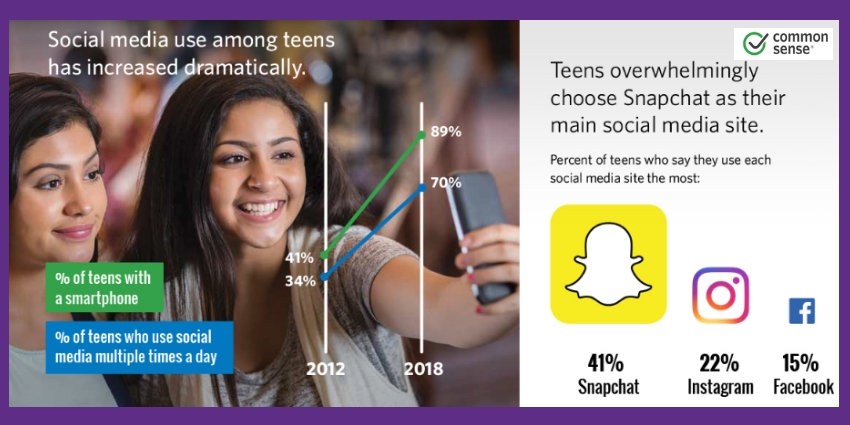 Social media platforms are constantly changing, and teens have always been ahead of the curve. Do we know where our children ‘hang-out’ on the internet?

A large proportion of all teens (44 percent) say they get frustrated with their friends for being on their phones so much when they’re hanging out together. More than two-thirds (68 percent), regardless of whether they use social media themselves, agree with the statement “Social media has a negative impact on many people my age,” including 20 percent who “strongly” agree.

Nearly a third who own smartphones (29 percent) say they’ve been woken up by their phones during the night by a call, text, or notification. Many teens say digital obsession is a problem for their parents as well: Fully a third (33 percent) of teens say they wish their parents would spend less time on their devices, up from 21 percent in 2012.”

Social Media, Social Life: Teens Reveal Their Experiences sheds light on teens’ changing social media habits and why some kids are more deeply affected by — and connected to — their digital worlds.

It’s Awkward, and It’s OK: You CAN Talk to Your Kids About Pornography
March 26, 2019
Recent Posts
Archives
Newsletter
Go to Top